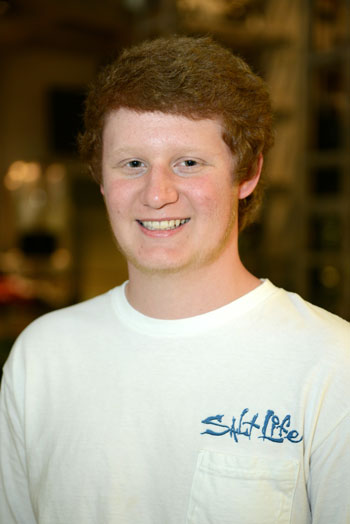 Thirteen-year-old Lane Clark had a typical childhood. A fun-loving, active kid, he kept the Clark family on the go as a three sport athlete from Jasper. But everything changed two days before Lane’s 14th birthday. Lane had been experiencing what his mother thought was a sinus infection and shortness of breath.   He ended up in the Emergency Department of Children’s of Alabama and quickly learned that he had a mass in his chest.

Lane was admitted to the hospital and an oncologist was called in. Lane underwent a series of tests to determine what kind of cancer he had. It was T-cell leukemia. On October 10th, a day that should’ve been spent celebrating Lane’s birthday, he started his first heavy dose of chemotherapy.

Lane’s entire family was overwhelmed and scared by the news.   Lane’s friends along with his coaches and teachers stepped up to support the family during this difficult time. They even threw Lane a surprise birthday party in the Quarterback Lobby on his hospital floor.

Within days, Lane had a follow up CT scan and learned the mass in his chest was already getting smaller. He was breathing better and was able to go home from the hospital. That week was his team’s homecoming football game. Lane was able to watch from his family’s vehicle as one of his best friends wore his #10 jersey in his honor. The players and cheerleaders gathered around to pray for Lane and encourage him.

Four months later, Lane’s family received the news they had been praying for. On February 6, 2014 they learned Lane was cancer free. One year later he remains in remission!

Lane returns to Children’s for many treatments, often once or twice a week. His mother says he has continued to have “ups and downs”, including being admitted due to an infection over the summer. But the family has pulled together and Lane continues to fight.

Lane is one of about 150 new oncology cases that are diagnosed and treated each year in Alabama. About 300 patients are undergoing chemotherapy at any given time. More than 100 physicians, nurse practitioners, nurses, pharmacists and psychosocial support specialists dedicate their careers to childhood cancer care at Children’s of Alabama.